my mom was born a coal miner's daughter. in a company house, on a hill in yatesboro, pa. her father, my grandpa, was more than a miner. he was an excellent carpenter, shoemaker, storyteller, fly fisherman and a gardener among many other things. he played the guitar and sang with my gramma on the side porch swing of the house that he built. hard-working, honest, fair and wise beyond the few years of classroom education that he had...my memories of him have taken on mythical qualities. i'll never forget his strength. when he hugged you he could squeeze the air right out of your lungs. after a series of heart attacks, that strength began to wain but the twinkle in his eye never faded. 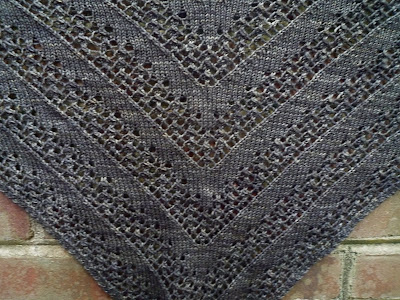 i was thinking of him as i worked on this project, the onerva by särmä, a finnish designer (ravelry link here). it was a tricky pattern to learn, the fact that it was written in finnish being but one difficulty. for some reason, it never seemed to sink in. and there was much ripping and restarting and a point where it came very close to being put down and put away. but then i thought about my grandfather, and how he would never give up. he'd tinker and toy with things until he found a way to make them work. and that's just what happened. finally it came together and made sense and started to grow into something beautiful. no coincidence that as it grew, the color became more palpable. the slate gray resembling shale, like the walls of my grandpa's underground office. the color that he found himself surrounded by on a daily basis, for hours upon hours. 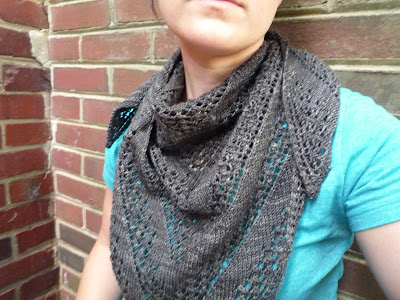 this is my favorite of them all. because it gave me hours to sit and think about a man who was such an important part of my life and who continues to be an inspiration. he passed away several years ago, so no more bone crushing hugs...just the soft drape of a carbon colored scarf around the neck to remind me.

Posted by this chickadee at 9:40 AM

Such a sweet and touching remembrance of your grandfather. Thank you for sharing...I'm now gonna go get a hug from my 85yr old father.

What a beautiful scarf!!! And I have to say I am very impressed with your ability to decode finnish. I love pieces that you work on that remind you wonderful people. It always makes handmade even more special.

what a lovely scarf and you did your granpa proud. he would have loved to read your article about him and would have thought you made a beautiful scarf. you can read finnish.....that's awsome.....love to read your writing.

what a beautiful tribute my little chickadee -- made my eyes water -- love, sad

this chickadee is a one woman sweatless-sweatshop whose goal is to make the world a cuter place, one loving stitch at a time.

it all began as a way to find alternatives to mass market accoutrements for myself and my home. now the love is spreading and this chickadee is hoping to branch out and brighten your little corner of the forest too.

thanks for your support!

the fine print! read it!

inspiration is the sincerest form of flattery but flat out copying is not cool. all designs and photos of original work are property of this chickadee l.l.c., unless otherwise stated. please be polite and ask permission before posting elsewhere. thank you!

drop me a line 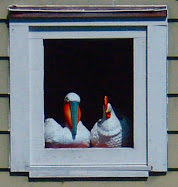 mom and gramma, thank you for teaching me your magic

places to go...people to see

thank you for visiting...come back soon

this chickadee loves you